A former factory sits in the triangle formed by three highways in Mountain View, California. Once a place where craftsman produced custom glass, the building now hosts craftsmen of a different sort: Silicon Valley software engineers who drop in, hang out, drink beer, and write code. This workplace--that is neither work nor home--is called the Hacker Dojo, and its founding director is David Weekly.

As software developers go, Weekly is unusually gregarious--and he’s been that way since childhood. He started programming at the age of five, and around the same time, he would sneak out of the house and introduce himself to neighbors. “⁠I think I was a bit of a handful, but not because I set anything on fire,⁠”⁠ he recalls. In high school, he coded for Harvard and MIT, graduating Stanford University in 2000with a computer science degree, then worked for MIT Lincoln Labs, Stanford Graphics Labs, Harvard Physics Labs, atWeb, Legato, and There.com, before founding his own company, PBwiki, now called PBworks, which is home to more than 1.5 million online collaborative groups. 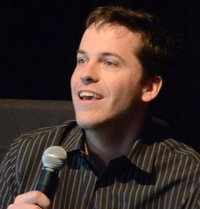 Weekly describes the Dojo as a place for developers that is more informal than work, more social than home, and more simpatico than Starbucks. He likens the Dojo to an 18th century Paris cafe, affording the same opportunity to share ideas and get through creative blocks. “⁠With programming, you run into a lot of dead ends, particularly if you are trying to build a company,⁠”⁠ Weekly says “⁠There’s a lot that you need to learn; a lot of hard bits along the way. Getting that emotional support from your peers who are doing the same thing is really critical to the process.”

How did the Hacker’s Dojo come together?

The idea came out of the geeky Silicon Valley culture, when people would bring their computers to one place and play video games against each other. These events were called LAN parties, because this was a time when Internet connections were slow, but local area networks were dramatically faster. Laptops weren’t nearly powerful enough to play video games, so people would lug their desktop computer--keyboard, mouse, and CRT--then set them up on folding tables and create a temporary network. Then they would play for hours on end, blowing each other up.

As software development tools grew more powerful, my friend, Jeff Lindsey, thought it would be interesting to have this sort of party, but where people wrote software instead. We were living in a big house in Hillsborough [about midway between San Francisco and Palo Alto], and invited about a dozen of our friends to come over from 7pm until 7am, and work dusk to dawn. That became the first “⁠Super Happy Dev House.⁠”⁠ I ended up writing the first version of my company’s product between 1am and 8am that night.

“Super Happy Dev House”: I love the name. Where did it come from?

It was influenced by a skit on [the American television program] Saturday NightLive, and it also plays on the kind of exuberance that the Japanese often bring to their branding of things. The name was meant to have a Japanese flair to it.

Super Happy Dev House was a remarkable success. The first was just 12 people working on computers on temporary folding tables, writing software, drinking beer and Red Bull, and not just talking about software development, but actually writing out the code. At the end of the night, we’d each show off what we had built. We started throwing these events every six weeks or so. Word got out and more and more people started showing up at my living room. By the time we had had nineevents, my roommates said we needed to start rotating locations because they were sick of having to host 100-plus nerds each time. The 30th Dev House was held at an executive briefing center, which is now part of the new Facebook campus. There were 400 people―it was crazy. People were lying on the floor, in the hallways, sprawled on chairs. You tripped over people who were writing software.

One of the saddest things about Super Happy Dev House is that I had to kick everyone out at the end of the night. Wouldn’t it be awesome if we had a facility where we could do this kind of thing 24/7? There was a lot of enthusiasm for the idea. I came up with the name: “⁠Hacker Dojo.⁠”⁠ I started getting together a group of people to meet at my office once a week to talk about how we could make it happen. Over the next couple of months, we formed a not-for-profit corporation. We looked at a bunch of spaces and selected one of them, collected down payments, got an initial membership built, and moved in.

What was the building before?

It used to be a custom glassworks factory and showroom called Glass Paradigm. Even now, the bathroom doors are absurdly ornate. When we first saw that space we knew it was amazing, but there was no way we would ever be able to afford it. But ultimately, we could because our list of founding members grew so quickly. We got north of 200 folks who were willing to pay us a $100/month subscription. And that was before there was anything to subscribe to.

What has Hacker Dojo become? How do you look at it?

I think it’s best described as the answer to the quest for a third place, which is neither home nor work, where you can socialize both casually and professionally, where you can get things done and bounce ideas off of other people. Traditionally, cafes and salons have provided that third place, and today, Starbuck’s provides a nice place to work, but there’s not much of a community there. If you went up to somebody with a laptop and asked what they are working on, you’d get: “⁠Dude, I’m drinking coffee; leave me alone.⁠”

What kinds of hackers come to the Hacker Dojo?

We now have over 275 members, so any generality I give you has a lot of exceptions. Most of the people are in their 20s to 40s. They typically work alone, or in small project teams of two to four people. A significant proportion of them are working on serious projects. That might be an open source project they are doing on the side while they work for a large company, or might be something they are working on full-time. A lot of the regular members are either hoping to build their own companies or are in the early stages of doing so. When their teams grow beyond four people, they tend to graduate from the Dojo. They’ll still swing by to spend some time, but at that point, they need to move their company’s operation to a more permanent office.

It’s kind of a pre-incubator. A lot of the people who are at the Dojo are maybe building companies and don’t realize it yet, or are hoping to build a company, but haven’t got to the point where formally entering into an incubator program makes sense.

I assume people also do business networking as well.

Absolutely: it’s one of the best places in the Silicon Valley to regularly connect with high quality coders. That said, I do get a lot of business folks who are looking for a “⁠technical co-founder.⁠”⁠ Those are words of death: because the expectation is for a person willing to work for free for an indefinite period, but who takes almost no ownership in the company.

So the Dojo is better for forming peer-to-peer, hacker-to-hacker relationships?

Yes. And it can be a good place for programmers who want to learn more. But a good attitude is important. If you go to France and don’t try to speak French, you will probably find some people who are going to be rude to you. But if you make a good solid effort to speak French in France, you will be relatively well received because at least you tried. Likewise, even people who are not very good at programming will get a warm welcome if they come with some humility.

What programming languages are the lingua Franca of the Dojo?

There is quite a diversity, but the center of gravity is around the modern web scripting languages: Ruby, PHP and Python are popular, as is, lately, doing JavaScript on the server side with Node.js. But you’ll also find languages that are less talked about, like Erlang and Haskell: both functional programming languages.

On the server side, it is pretty ubiquitously Linux/Linux on the cloud. On the client side it is relatively ubiquitously Mac. It’s really shocking to see how in the last five years the hacker community has pretty violently switched back to Mac. Even people who are doing custom built Linux desktops are now saying a Mac Book Air has everything they need. It provides a modern desktop operating at full speed, with UNIX as a first class citizen. That means all of your dev tools that run on your server are going to run basically without modification locally, so you can do local development at full speed. If you need to do Windows work, you can use VMware, Parallels, and OpenBox and you can even boot into Windows if you need to. Also, some of the best programming text editors were created by the “⁠cool kids⁠”⁠ working on the Mac. TextMate, for instance, which is one of the most advanced, actively developed programming editors out there, is Mac-only.

Have you had any famous developers make an appearance at the Dojo?

We’ve got a bunch of the people from the original Home Brew Computing Club, which ended up spawning Apple and Atari. Lee Felsenstein is pretty actively involved with both Super Happy Dev House and the Dojo. We’ve had Doug Englebart, the inventor of the graphical user interface and the mouse, come to these events. .

Any tips for my readers about starting a Dojo of their own?

The social engineers are uncommon?

The main thing is to avoid trying to do the whole thing at once. Just start with handful of friends in a room, programming together and encouraging each other to build cool stuff. Let the momentum grow naturally; as you invite more people, you’ll find that the idea snowballs. The idea certainly has international appeal. About three years ago, I gave a talk in Mexico City about innovation and what was happening with Super Happy Dev House. Now, there are some 20 locations across Mexico throwing these events.

So that’s the right sequencing. First you create a community, then you grow it, and only then will something like the Dojo emerge. The building is a natural byproduct of the community, not the other way around.