In 2009, my former editor Kentaro Kanebako and I worked out a rough sketch for a new article series for this magazine. “⁠Software Designers: The People Behind the Code⁠”⁠ would introduce Western industry professionals to their Japanese counterparts: namely, you. We would talk about what they do for a living and what they thought about it. What inspired them when they were growing up? What trends do they see? What tips can they give? What about their jobs do they love What are the challenges? What's on their mind?

I got lucky with my first interview. Steve Lord, director of the U.S. National Weather Service's Environmental Modeling Center talked about how his teenage years racing sailboats on Long Island Sound sparked his interest in weather forecasting, and about the algorithms, hardware, and coding talent behind the numerical models his team produced. He said that Moore's law enabled better models leading to better forecasts and described what it takes to learn the craft. The interview was, in many ways, a model in its own right for the 40-plus conversations that followed.

Often, the toughest part of the assignment was getting the interview itself. While some people, even well known CEOs, responded immediately, others took months of waiting. And some declined or never returned the call. A common denominator seemed to be an interest in Japan. If they did business there, or planned to, or even if they just were a fan of manga, anime or sushi, they were more likely to want to appear on these pages. I imagined the interviews as two people “⁠talking shop⁠”⁠ over coffee. But in fact, this was a far-flung group, located as close as the Silicon Valley, still a 90 minute drive from my house, and as distant as Europe, New Zealand and Japan. So in practice, I sat in my home office and we connected by cell phone, whose poor voice quality and drop-outs I learned to hate, or--my favorite by far--Skype.

Each interview was recorded as an MP3 file, which my wife Susan patiently culled down and transcribed. I edited the transcription into a draft article, an introduction followed by a question and answer, “⁠Q&A⁠”, which I sent to each subject for review. Not all reporters agree with that approach, fearing that people will try to rewrite and sanitize their quotes. But that never happened, and the profiles were more accurate, as a result.

Upon arrival in Japan in 2010，
in Kanazawa

In reading over the articles for this “⁠best of⁠”⁠ collection, I noticed that some people have a gift for quotes that are insightful, funny, ironic, or revealing. Those people are a bit over-represented here. But while not all of us have a silver tongue, I found gold nuggets throughout the collection. That breadth is reflected here, as well.

On a Sierra backpack last summer, it struck me from nowhere that the time had come to wrap up the series. At age 62, I've already set aside much of the work that has sustained me in a 30-year career. This series was harder to let go of, but I want to make more time in my writing life and see what, if anything, comes of it.

Ruby inventor Yukihiro “⁠Matz⁠”⁠ Matsumoto is famous for talking about “⁠programmer happiness.⁠”⁠ If there's one ribbon that binds these interviews together, that may be it. I wish you the same. Arigato gozaimasu.

What's wonderful about software development is that your work can speak for itself. That's especially true now with code-sharing platforms like GitHub and Bitbucket that allow you to really prove what you're capable of. You can show that you built a website and get a job as a developer. I realize that's a non-corporate view of the business world, but at least in the startup community, we're really big on people just proving that they can do the job at the lowest rungs of the profession, then looking for more opportunities from there.

At a lot of environmental science education programs, particularly in United States universities, you learn how to manipulate the black box, but not what's inside. Many people can run a set of code to generate a forecast because they know what inputs are available, and they can work on the fringes of the system to make changes. But in order to deliver better results, you've got to go inside the code and change the inner workings. We have a harder time finding those kinds of scientific programmers because that kind of education is harder to find.

The downside, at Princeton and probably every university, is that kids now spend an enormous amount of time multitasking in class, so much so that the instructor is no longer their primary focus most of the time. I don't know what to do about it. I have tried to find “⁠teachable moments⁠”....I've run Wireshark, a packet sniffer which can eavesdrop on wireless communications. That presents some good technical lessons about radio, networking protocols, and privacy. The subliminal lesson is that you don't know who is listening to you―it could even be the guy at the front of the room.

For a lot of young women, computing and engineering are not cool. Women who are quite capable of studying computer science are choosing with their feet. Even though eight of the ten fastest growing industries have an IT component and you can get a job with an undergraduate degree that pays quite well, women are not choosing the profession. Some buy into the myth that all the jobs are being outsourced, or that you have to sit in front of a computer all day long. For many women, the computer industry has an image problem.

[Experienced programmers] actually have more patience for doing things the right way. They've been burnt too many times to take shortcuts. Less experienced developers quite understandably love the thrill of building things. The act of building is exciting, but it can be hard to prevent that thrill from completely dominating your view. So it is often more difficult to convince an undergraduate of the value of seeing the bigger picture, of understanding the importance of designing something well: not just to execute the first time, but to have the right kind of structure and support the right kind of features.

If you are a student just considering your future, I think you want to leave college with a good understanding of the fundamentals of your chosen field. That's because the areas of specialization are so dispersed and so quickly changing, that you can't count on any narrow field of study to carry you through your working life. For example, if you are interested in control systems accelerators, you might be better off thinking of yourself as a mechanical engineer or an electrical engineer, rather than more narrowly as a hardware/software integrator.

I think most people program their careers by coincidence, as well. They pick something to study--maybe influenced by a good teacher. They don't really know what the job market looks like or what a career in that field would be like. They go to work, the decades pass, and they look back and realize they never actually made a decision about where they were headed.

Programming is an inherently creative endeavor that just doesn't lend itself very well to 12 hour days. My brain, at least, is not constructed so that it can perform at its peak for that many hours a day. It's not like you can work for 12 hours and get 90 percent of the performance instead of, say 7 hours at 100 percent performance. The productivity decline is much steeper than that. And it's only when you are operating at your peak that you spot those breakthroughs that ultimately transform your work.

I'm a Samurai coder: I love to code. When I do it, I experience what people call the “⁠flow⁠”, meaning that you are so engaged in what you are doing that time disappears. I get up some mornings at 4 am, code for a few hours before the family wakes up, take the kids to school, go do yoga for an hour, and then jump back into the flow. I look up and it's already late afternoon

In the physical world, an engineer's job is to build a project to spec. But in the world of software, sometimes it's the case that you start building a bridge, then halfway through realize what you really need is a boat. As developers, we can make that switch because software is, well, soft. That, to me, is why programming is so gratifying.

[Jazz and software development] both require a lot of steady practice: you have to do it every single day. And one thing I noticed early on is that the people who become amazing musicians sound terrible when they practice. If you went by the practice room, you would want to cover your ears. And the reason is that they were practicing what they were bad at. It's so tempting when people are listening to run through the things you can blaze through. But that's when you need to practice the stuff that you are worst at. That's the only way you are going to make yourself better. 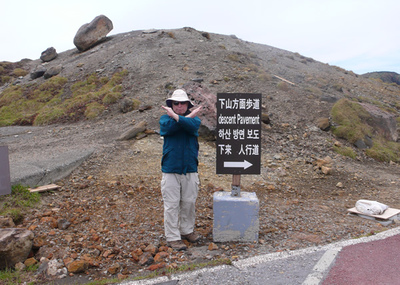 When you look at debates, say, of Android or Blackberry versus iOS or Windows vs. Apple, the difference often boils down to happiness: how a technology makes you feel when you use it. When you buy an Apple computer, there is no line item on the invoice for “⁠happiness,⁠”⁠ but there should be because that's one of the main things they are selling: the overall user experience.

A lot of times, we are going in unchartered territory, and we really have to think about what will differentiate us in the marketplace. To cite just one example, from the beginning, Google Maps has given users the ability to drag the map with the mouse. That was very different from the previous interaction models of Mapquest and Yahoo! Maps, in which you are clicking on corners. ….The core interaction is really what differentiates us. People say: “⁠ah, that's exactly the way it's supposed to work.”

I've been a movie fan all my life. I love reading. I love linear narrative media. But in the late 70s, I fell in with a group of writers and comic book creators who were playing Dungeons and Dragons. This crazy game wasn't about us listening to someone else's story, but about creating our own story, together. The power of that idea was so immense that I wanted to do that for a living. And when I got into the video game business a decade later, I noticed that a lot of the games were essentially a designer telling players what exactly they must do to complete the game, and in what sequence. My aim was to counter that by bringing the role-playing experience of Dungeons and Dragons to video games―to allow players to tell their own story.